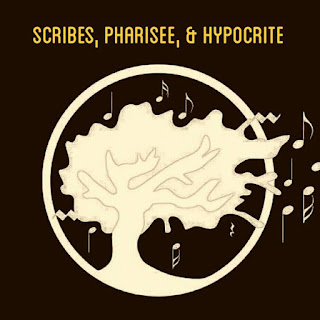 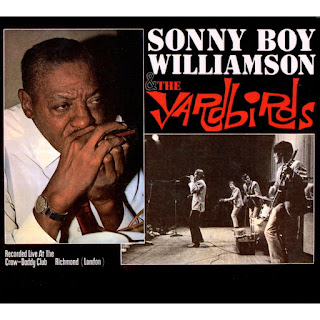 An exploitative album, released in 1966 shortly after the Yardbirds had their first American hits. This is a live show from late 1963, on which Chicago blues great Sonny Boy Williamson is backed by an extremely green Yardbirds. Yes, Eric Clapton is on here; no, he doesn't play well, managing some thin, extremely tentative solos that find him stumbling occasionally. It's really not that bad, though, as Sonny Boy himself sings well. But it should really be treated as a Sonny Boy Williamson release that happens to have a soon-to-be-famous-but-still-embryonic band in the background, in the manner of the sides the Beatles cut in Hamburg supporting Tony Sheridan. All of the material, and even some unreleased/alternate takes from the same dates, has since shown up on anthologies that are much easier to find than this instant collector's item. 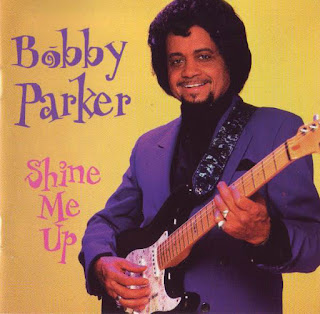 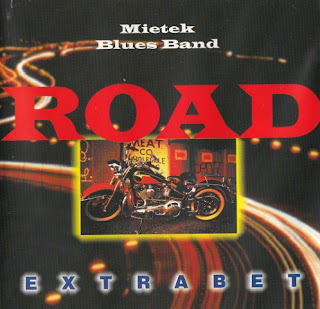 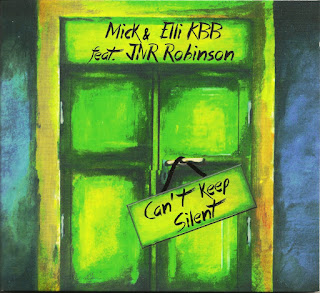 Mick & Elli are the couple Mick and Elli Kaluzny from Switzerland (with Polish background) where Mick sings and plays guitar and Elli also sings and plays the bass. KBB stands for Kaluzny Blues Band. Mick has worked in the past with artists like Calvin Bridges, Wayne Ellington and Sondra Peters.
This couple sings their Christian religious experience with conviction through the blues rock. And on this fifth album you can hear that the necessary attention has been paid to the songs.

The album opens with the relaxed Blues Our Blues in which the couple sing to each other how happy they are with each other. Mick stands out with hard piercing electric guitar work and with smooth acoustic slide play. In Can not Keep Silent a reggae rhythm is suddenly used. An infectious song that sounds like a mix of Simply Red and UB40 is the result.
Secret Place is then a fierce blues rocker with fierce Mick play and powerful vocals from both. The funky blues rock of I'll Be There is striking because of the greasy groove and the great vocals, both solo and in the background vocals.
In Did You Hide, the hard Gary Moore-like game by Mick stands out. An atmospheric ballad with penetrating vocals by Elli. Jimi Hendrix turns up in the funky Kamien. This song is sung in Polish. Kamien is indeed a hamlet in Poland .... Christ Has Paid The Price is a solid rocking gospel blues with an almost Cream-like atmosphere.
The very intimate and acoustic I Still Remember falls outside the blues boat and stands out because of the beautiful cello party of Mick. There are two songs on the album, which sound a bit too sweet, Holy Name and Where Could I Go. But that has nothing to do with the message of those songs.
Mick & Elli KBB
Postado por Ismaelfernando às 11:43 Nenhum comentário: 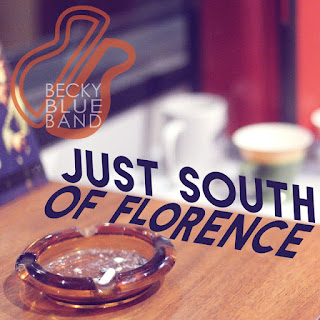 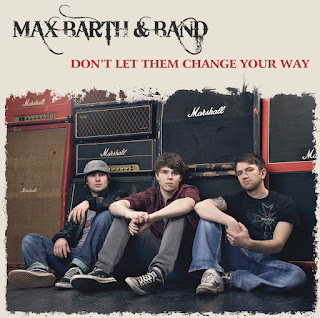 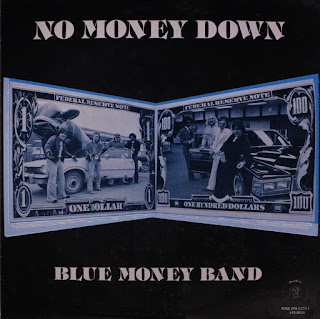 Group one album in the U.S.. Soon Mike tells me, "I was in the band from the beginning. We grew up in Lansing (MI), 75 miles from Detroit. We have traveled all over Michigan from north to south and from east to west. We released two vinyl albums and received a lot of pleasure. longplej "no Money Down" was released in 1978.
Blue Money Band
Postado por Ismaelfernando às 11:45 Nenhum comentário: 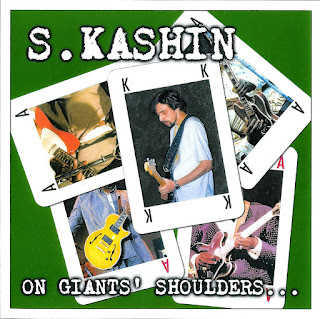 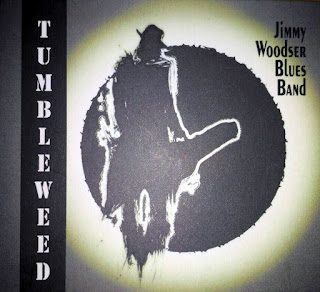 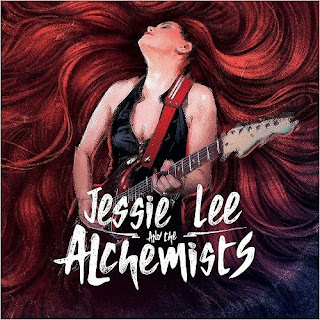 It is through the Parisian blues scene that they attend assiduously that two passionate music (s), Jessie Lee Houllier (vocals, guitar) and Alexis Didier alias Mr Al (guitar), meet in 2011. From The following year, they formed together a first group of blues-rock covers, but quickly compositions were born, and the growing need to create the decides to mount an original formation that would bring together all their musical influences.
Thus, in 2014, the duet becomes a quartet, with the arrival of a solid rhythm with unstoppable grooves: Laurent Cokelaere (bass) and Julien Audigier (drums) support the powerful voice of Jessie Lee and the riffs and solos of incisive guitar Alexis, joined shortly thereafter by the keyboardist Laurian Daire who comes to dress all with subtlety and complete the alchemy of the group now quintet.
It is at the heart of the Anglo-Saxon music with which they grew up and to which they pay tribute in their own way that the five playmates, strong musical and artistic personalities grouping three generations, draw their inspiration and their energy. In the service of original compositions, they mix their experiences and concoct a mix of blues, soul, rock and jazz, these various musical traditions serving as solid foundations to a modern and original music in which nostalgia has its place as the engine of creativity
Jessie Lee
Postado por Ismaelfernando às 10:10 Nenhum comentário:

Rick Gibson and the Peacemakers - Plain and Simple (2012) 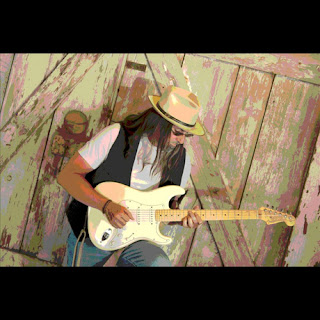 Rick is a musician and songwriter originally from the Missouri Ozarks who has recorded and performed with a variety of artists throughout the years. Rick now calls Kansas home and is firmly planted in the regions blues and jazz scene.
As a songwriter Rick has penned over 100 songs and has numerous recording credits. With his professional stage and studio experience, Rick has become a popular sideman for artists, appearing regularly at concerts, festivals and premier clubs.
Driven by his passion for the blues, in 2011 Rick began writing his first all blues project. In 2012 the Peacemakers were assembled. A hand-picked group of local KC artists Rick selected to bring his music to life. This summer the music was recorded and the CD “Pain and Simple” was released.
Rick Gibson
Postado por Ismaelfernando às 07:24 Nenhum comentário: 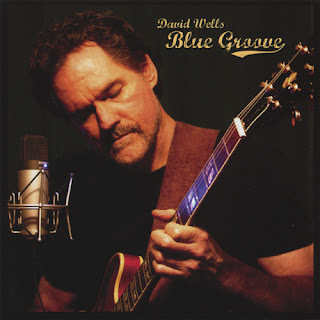 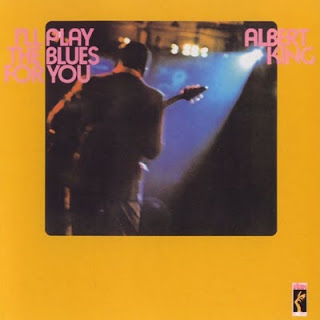 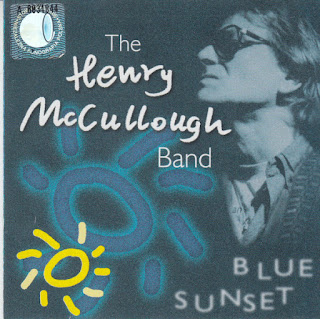 Henry McCullough
1. Fast Blues In G
2. Locked In and Can't Get Out
3. Come Together
4. So Long Blues
5. All I Wanna Do
6. The House Of The Rising Sun
Postado por Ismaelfernando às 06:28 Nenhum comentário: